The Lansing girls captured their second consecutive IAC Large School title after a two-day competition and followed it up with securing their second consecutive Section IV Class C Championship victory. Last year, the battle for the IAC title was intense, with the Ladycats winning over a close second-place Newark Valley. This year, the IAC win for Lansing was decisive as the blue and gold girls outscored the Cardinals by 52 points. In a more closely contested meet at the Section IV Class C Championships, with points spread across 16 teams, the girls of Lansing found themselves waiting for the final announcement of the ending scores, 23 points ahead of Chenango Valley.

The boys team was tied with Trumansburg for third at the end of the first day of IAC competition, only 6 points away from the top spot.  It looked to be a close race between the top four large schools.  With the Raiders stepping up the competition on Day 2, the young Bobcats fell to 4th place with their eyes on capturing this title in the future.  The Raiders would win the boys competition by 34 points with Waverly (81 points) taking second and Dryden (75 points) in third.  Lansing was just 4 points behind them with 71 points. At sectionals, many Bobcats found their way to the podium, but Trumansburg was dominant, scoring 128 points – 46 points ahead of Union Springs. There were only four points separating 3rd place Chenango Valley from 5th place Lansing.

Several new records were set by Lansing athletes over the course of these two championship meets: 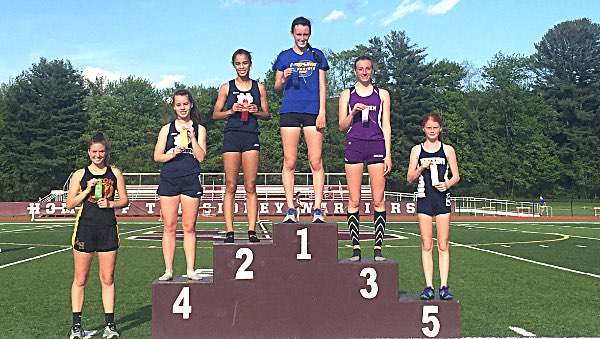 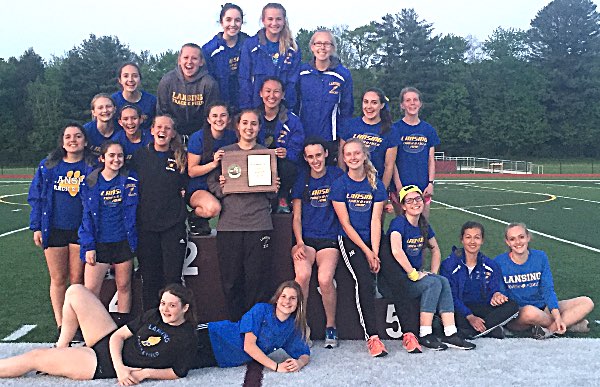