The Lansing varsity cross country program hosted over 50 young runners Saturday, who were undeterred by the muddy terrain at Lansing Center Trail.

This was the second year that the high school teams have hosted their future teammates and competitors at their home course, and the Bobcats welcomed returning teams from Auburn (Pulsars) and Horseheads (SOAR) as well as many returning individual runners. In addition, the new local youth running team, the Lansing Lightning, had a strong turnout despite a busy local calendar. 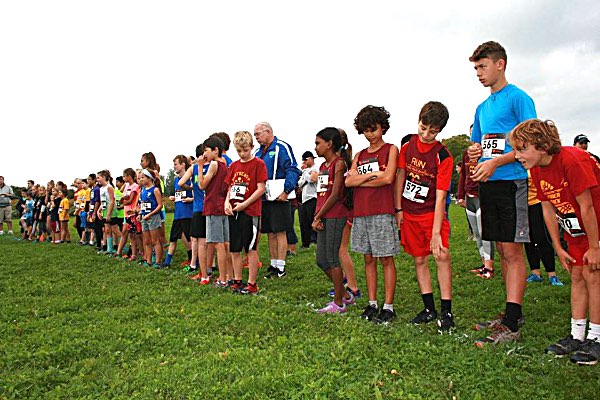